Your Day in the Air just got better!

With the A380, the sky is yours. Designed for air transport needs in the 21st century, its unique size allows airlines to maximize their revenue potential through an optimized, segmented cabin. The A380 cabin is the quietest and most spacious in the sky for passengers – offering layouts ranging from comfortable 18-inch seats at 11-abreast in economy up to a private three-room suite.  It is no wonder travellers opt for the comfort of the A380 when given the choice. This results in higher market shares, higher load factors and higher revenues – allowing airlines to increase their contribution to profit by up to 75 per cent per flight.

A380 is capturing the doubling of traffic every 15 years…

The A380 has been winning over business and leisure passengers alike since its service introduction in 2007, providing levels of comfort and reliability that have led travelers to specifically request flights on Airbus’ 21st century flagship – which is in operation with carriers around the globe.

The double-deck A380 is the world’s largest commercial aircraft flying today, with capacity to carry 544 passengers in a comfortable four-class configuration, and up to 853 in a single-class configuration that provides wider seats than its competitor. Overall, the A380’s two decks offer 50 per cent more floor surface than the next largest aircraft, allowing airlines to optimize their cabin offering.

With superior range of 15,200 km., the A380 is the ideal solution to alleviate traffic congestion at busy airports and maximize profitability on the busiest routes in the world. It has two full-length passenger levels with true widebody dimensions: a main deck and an upper deck, which are conveniently linked by fixed stairs forward and aft. 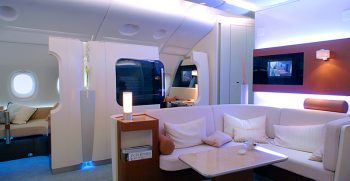 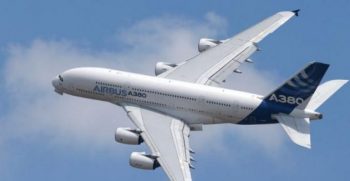 Your Day in the Air just got better! 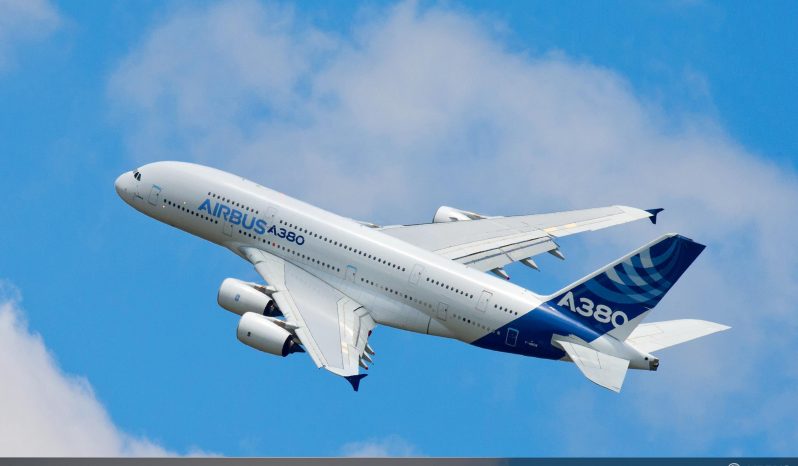 Our inventory is updated every day!

GIVE US A CALL for further information!